With regard to the specific application, there are several variations to a WiFi type of antenna. There are times that you will want to increase the range of your antenna in your home WiFi network. On other occasions, there is a need for you to transmit the WiFi signal to long distances or receive the same from a distant source.

If you happen to be a celebrated penetration tester, you may need to carry out different kinds of injection attacks against networks (WiFi networks) that are far away. There are occasions that you will need to capture the WiFi handshake coming from other distant wireless networks. If this should be the case, you need to reach out to that network.

To become a highly effective WiFi hacker, you must have the best kind of WiFi adaptor at hand for this purpose, as well as WiFi cards, too, and have them linked to the best WiFi antennas that you can find.

Wireless networks work in pretty much the same way as any other 2.4 GHz communication band devices but instead of sending voice signals, Internet data packets are transmitted. A device by the name of the wireless router, which all of us are very much familiar with converts these data packets, and transforms them into electromagnetic waves. The transmitting antenna will emit them and will be received by a mobile client device.

The polarization of the antenna (WiFi type) is referring to the antenna orientation with respect to the earth or ground surface.

Directional and Omnidirectional Wifi-Type of Antenna

Omnidirectional antennas – these are the types of signal antennas capable of transmitting electromagnetic waves in all the 4 cardinal points, equally. As for the directional WiFi type of antenna, they radiate power in just one, single direction only.

The wifi strength that an antenna offers to a user can be measured in terms of Power Gain. This will help an awful lot in pointing out how effective the antenna for WiFi purposes is when put alongside with a reference antenna. Power gain can be measured in decibels (dB).

In an antenna for WiFi use, the power can be determined by the use of dBi value, which is supposed to be the gain of that particular antenna with respect to an isotropic radiator. The greater the dBi value is, the longer or further the WiFi range would be. To obtain the ultimate high gain for your antenna for WiFi, you must have a better dBi level.

The antenna location, with the right orientation, height on the ground, shape, and antenna size, will help determine the maximum antenna range. Hence, mounting a long-range antenna for WiFi application may not actually resolve your router coverage and scope concerns.

In order to carry WiFi signals over long distances using a WiFi antenna that is capable of reaching at least 200 meters or more, we need to have a computer system with a strong antenna for WiFi signal, made of sturdy materials. 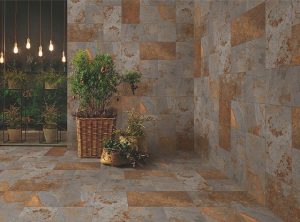