There is a good chance that you have used or might have been enjoying the benefits of GPS antenna technology and might not be even aware of it. It is a technology ubiquitously found in the vast majority of modern mobile devices and gizmos.

GPS technology is even integrated into the design and manufacture of the new generation of vehicles today. Due to its flexibility of use, it has a significant role to play in tracking and monitoring commerce around the world.

GPS-enabled devices may come to us in a miniscule size and, despite their sheer small size, they can calculate the user’s exact location and time almost anywhere he may be on the planet. The good thing about wireless antennas with GPS capability is that they carry out their delegated function for free and in real-time. The GPS antenna makes all this possible.

The GPS technology, even after a couple of years since it was first introduced to the public, is quite pricey in the market. It was naturally expensive then as it was still considered fresh, new technology, so it was very scarce. It was not yet readily available for everyone to use, yet a very promising technology.

Fortunately, with the passing of years, it has become readily available for everyone to use and, thus, it has become less expensive. It may be cheaper nowadays and yet the good thing about it is that it still comes in an even smaller size by the day.

How Can a GPS Receiver Calculate Its  Position in the Globe and Determine Time Accurately?

Data that is sent down to Earth by satellite usually contains a variety of information that makes it possible for your GPS-enabled antenna receiver to accurately calculate its current geographical position and time.

An amazingly precise atomic clock is a vital piece of machinery found in each GPS satellite. The time at which this atomic clock comes in is related to Earth together with the position of the satellite itself.

Another way to put this out is that the GPS receiver takes a timestamp module from each visible satellite, together with the information pertaining to where each one of them is situated in the sky, among other relevant pieces of data.

The GPS receiver (equipped with a GPS antenna) can now identify its distance to each satellite and this interpretation would be taken out or based on this data. The GPS receiver’s antenna can effectively analyze its position and time if it can see at least four satellites. This is referred to as a fix or lock. 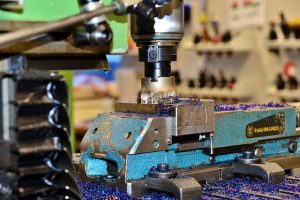