Remodelling a bathroom with a new tub or shower is often met with a serious challenge for homeowners. When deciding whether one should install a moulded shower stall or have a custom tile shower, consider which solution will save you time. Keep in mind that anything haphazard will likely cost you more in the end.

Hence, it pays to keep an open mind about your options and always make it a goal to educate yourself first before coming to a final decision. Shower systems and bathroom design ideas and concepts have changed dramatically over the decades, just like how bathtubs have evolved.

Nevertheless, the basic characteristics of a good quality shower have remained the same, and when trying to decide on the right kind of shower model to go for a remodelling project or a new bathroom, you must take these important factors into account.

Showers today can come in all sorts of shapes, including rectangular, square, modular, one-piece, and custom-built. They offer a multitude of possibilities for design enthusiasts, delighting the creative crowd.

Once dubbed the “ugly duckling” of the bathroom remodelling industry, moulded shower stalls now come in a wide range of colours, textures, and designs, giving tiled shower systems a run for their money.

A new moulded shower can be fitted in a single day, even by a do-it-yourselfer. Even for experienced professionals, it can take them a week or more to complete setting up custom-tile shower systems.

Installing prefabricated showers is quite straightforward, and this is the reason why do-it-yourself home remodelers prefer them over traditional shower systems.

Prefabricated or moulded showers are primarily made of plastic in some way or another. Compared to custom tile showers, they are far lighter. In a residential property with structural floor problems, a moulded shower system is a superior alternative.

Fibreglass or acrylic shower pans are somehow more flexible. This type of shower system is not likely to crack if the subfloor bends, stretches, or flexes slightly. While the prefabricated or moulded foundation is typically enveloped in a fine coating of mortar for more stability, unlike bespoke shower tile pans, the moulded or prefabricated shower pans practically never leak.

The seams on the majority of premade or moulded shower kits are restricted to the corners, along with the shower top pan or tub. The seams are not one-piece units. Fewer seams translate to easier and much faster cleaning, but most importantly, it comes with lower leakage risks.

Manufactured or prefabricated shower systems are more user-friendly because they are far easier to clean than their ceramic tile counterparts, which usually have more grout lines.

Prefabricated-type showers are user-friendly because they are far easier and cheaper to maintain and clean than their ceramic tile counterparts, which usually have more grout lines.

Contrary to popular opinion, the array of designs options that a moulded shower may create is not limited. Prefabricated shower systems have come a long way just to be restrictive in some ways. They provide homeowners with a plethora of luxury design possibilities, that makes bath space remodelling even more exciting. 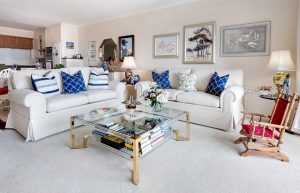