The bioprinting sector in the country is a major contributor to the growth of the 3D printing Australia industry. This follows the most recent success of polymer and titanium implants, which subsequently made Australia as a vanguard in this area because it is taking the lead in this path.

There was this cancer patient, who hailed from New York. She received a 3D-printed polymer and titanium rib cage and sternum. This considered being the first for the US. The 20-year-old patient has been suffering from rare bone cancer since 2014 and needed to have her cancer-infested sternum taken away.

After the patient underwent off-the-shelf implantation which successfully took away her cancer, she consequently suffered from sustained postoperative breathing problems. This caused the patient to submit herself to another surgery, this time around to replace her sternum with a 3D-printed type together with a partial rib cage, designed and developed by Anatomics, an Australian medical device firm.

The operation took about a gruelling 4-5 weeks where the build time of the actual implant took about 12 hours to complete.

A lightweight polyethylene material that is capable of replicating cartilage and the soft tissues surrounding it was taken advantage of to help in the facilitation of tissue integration. The process, though, presented the attending medical team numerous encumbrances which all started from ensuring that plans would be followed and proceed as expected down to that portion where the part was designed and built as designed. However, this is much easier to do with the use of a 3D scan. It allows you to check and verify that every aspect and part is a complete match to the original file.

The said patient’s operation, Penelope Heller, is among the causes that can be carried out with the use of 3D-printed parts and tissues of the human body. Adding to the 3D printing Australian milestone is the 3-dimensional printing of a skull intended for saving the life of a newborn child who couldn’t breathe.

While the technical difficulties are seemingly minimised, what the future holds for everyone in this space will have something to do with managing and streamlining the overall process. For now, since it is so specialised, it naturally follows that it will be labor intensive for people who are working in the design stages as well as for those who are involved with the finishing/wrapping up touches.

But while this technology, its application or usage, is gaining ground in other areas of medicine and thus there’s room for a bigger, immense growth, the potential challenge that we need to surmount will involve how to streamline and manage the entire 3D printing process.

With respect to the case of the 3D-printed sternums, there exist only a few cases of these in the world. This includes the first-ever 3D-printed polymer and titanium sternum implanted to a British patient.

This is the future challenge right now for the 3D printing Australia sector, we have put in a significant amount of effort to manage things, on a case to case basis.

This can be streamlined by making the flow of information simpler and way faster. 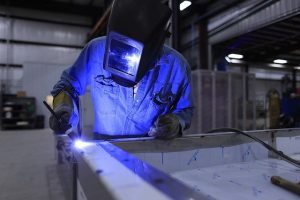